What do the 6th Street Playhouse in Santa Rosa, CA and the Grace Episcopal Church in Fairfield, CA have in common?

Both are outfitted with an induction loop, a system which transmits the feed from a PA system through a wire loop and projects a magnetic signal received by telecoils (T-coils) in hearing aids. This technology gives hearing impaired listeners, with hearing aids fitted with a “T” switch, a clear, direct channel of sound, unfettered by other noise distractions in their immediate surroundings.

In northern California, Kenwood Hearing Centers has improved listening experiences for hearingIimpaired audiences with the installation of induction loop systems in over 2500 venues, from theaters to cinemas to churches to recreation centers to pharmacies to residential homes. If you are unsure whether your hearing instrument is fitted with a T-coil, please contact Kenwood Hearing Centers.

With the advent of summer, there is a diverse array of entertainment options for hearing impaired individuals at looped venues in Solano and Sonoma Counties. Whether it is a sweet country waltz or an explosive Hollywood blockbuster film, most hearing aid users can receive crisp sound directly with the simple flip of a “T” switch! We’ve highlighted a few venues and activities for you: 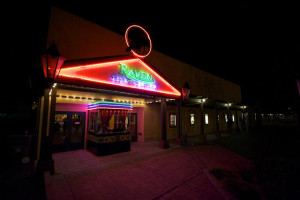 415 Center Street, Healdsburg, CA. What’s summer without ice cold air conditioning and buttery popcorn? At Raven Film Center, hearing impaired film lovers are provided with a hearing loop seating chart so they can enjoy the latest blockbusters, from the fantastic Jurassic World to the slapstick Spy. For showtimes, check http://ravenfilmcenter.com/current-upcoming-films/

Story. With an intimate theater that seats 184, and a hearing loop system in place, attendees can enjoy live renditions of classic rockabilly songs as they revisit Buddy Holly’s rise to fame. Other shows include Bonnie and Clyde, The Graduate, and Funny Face. For season information, visit http://www.6thstreetplayhouse.com/home/

551 Summerfield Road, Santa Rosa, CA. In addition to popular Hollywood hits, Summerfield Cinemas offers screenings of Broadway shows and operas. Experience the magic of Shakespeare in A Midsummer Night’s Dream, directed by Julie Taymor, who also directed the Broadway smash Lion King, on June 28. A few weeks later, come back on July 5 for the timeless Puccini opera, La Boheme, which was recorded live at the Royal Opera in London. With looped theaters and big screens, viewers experience the joy of internationally renowned theater and opera without having to leave their hometowns. For tickets, visit http://summerfieldcinemas.com/events.

476 First Street East, Sonoma, CA. Referred to as “Sonoma’s Gem,” the Sebastiani Theatre first opened its doors in 1933. In recent renovations, a hearing loop system was installed, which enhances the eclectic screenings of new and classic films. This month, Pixar’s newest animated picture Inside Out is playing, and next month the Sebastiani Theatre Foundation’s Vintage Film Series will screen the 1934 film, Murder on the Orient Express. With community theater events and as premier venue of the Sonoma International Film Festival, there is always something to see here. For more, check the calendar at http://www.sebastianitheatre.com/